WHY ARE FRONT LINE CUSTOMER SERVICE PEOPLE SO CONFUSED? But over the last weeks several experiences have led me to believe that it’s not the customer but the front-line staff who are seemingly constantly confused. And I am not sure why.

Here are the examples – nothing complicated with any of them, but the complete lack of service let alone interest, left me puzzled.

Last week I was staying on business in a hotel in Belgrade.  As this hotel was out of the town centre, I asked for a walking map of the area. The receptionist found one and I asked where abouts on the map was the hotel? She looked very confused as did her colleague. She said the hotel wasn’t actually marked on the map and proceeded to mark with her pen an area that she thought the hotel was in! Not hugely helpful, especially as when I started looking at the map in a little more detail, I not only found the position of the hotel, I found its name printed in big bold letters! Why did the receptionists seem confused as to where they worked? 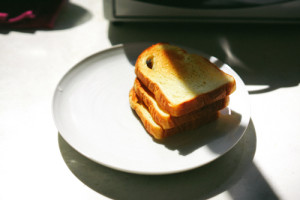 A couple of weeks ago, my wife and I were staying at a very nice hotel in Brighton. In the evening we decided to eat at the hotel. We quite fancied eating in the outside courtyard rather than the main restaurant as the weather was very pleasant. Despite some customers already eating outside, this request caused all sorts of confusion. Eventually the person we were talking to found somebody else, that person also looked confused but just pointed to a table, so there we went and sat down. It took some time to be served because I think the restaurant staff didn’t quite know what to do about someone eating outside in the courtyard even though there were others eating there already.

A couple of days later at breakfast at another hotel, my wife asked if we could have some toast. Other customers had all been served toast. But this appeared to confuse the lady waiting on us. She said she would have to go and ask another waitress which she did. We eventually did get served some toast but it all seemed a somewhat complicated and long process.

I recently took my car in to be serviced at a very well-known car brand’s showrooms and service centre. They’ve obviously gone “very modern”. When you go in now, there’s no reception area, no signposting. Just lots of round tables with people sitting at them. The problem was I wasn’t quite sure whether the people sitting at the tables worked for the car dealership or were customers. And in fact, I’m not especially sure whether they knew. When I asked where I went to book my car in for the service, the people who obviously did work for the car company looked somewhat confused. They did tell me that there was a reception area but that was upstairs and well out of sight.

Finally, recently checking into a hotel in Dubai, I asked whether my request for a no-smoking room had been confirmed. I was checking in relatively late in the evening. The very polite receptionist looked at me rather bewildered. He wasn’t quite sure which rooms were smoking and non-smoking and eventually told me that unfortunately there were no no-smoking rooms left but I’d be quite happy because they were going to upgrade me to a better class of smoking room. Was that not ok?

We know that confusion results in uncertainty. We know that if customers are uncertain they develop all sorts of anxieties about the delivery of the product or service they’re purchasing. It’s the role of service companies and service people to get rid of this confusion. But how can this happen if those very same people appear so confused themselves? And these examples I’ve given you are by no means the only ones I’ve noticed recently.

So what is the problem? It would be easy to trot out the normal responses – lack of good training, lack of formally written down procedures, lack of appropriate recruitment etc. But this is all obvious stuff. And none of the questions I asked at any of these places were in the slightest bit difficult. Nobody needed special procedures or special training to answer them. I’m not even particularly sure that the people serving me were without intelligence or common sense.

Market Echoes can help you take a common sense approach to your customer process, or as we call it, journey. Please get in touch.