Customer service – Do scripts and processes improve or destroy? 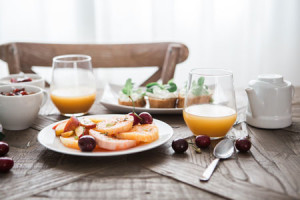 These days everything appears to be ever more formulaic. Wherever we go as service consumers we are greeted (or confronted) by processes which are seemingly designed to delight us but in reality either annoy us or just leave us cold?

When working with clients and students, I spend some time looking at service process analysis – plotting the end-to-end customer journey. Discussions often focus on critical incidents and moments of truth – times during the service process when we can make or break the transaction.

Working out the critical eventuality

The problem is that in trying to sort out every critical eventuality, service providers can lose the very nature of a successful encounter – service delivered by people who appear to genuinely enjoy it and on-line systems that actually “appear” to understand the customers who purchase via them.

In the UK, the restaurant scene is now dominated by large chains. Every process is organised to the last detail. I was recently at one chain restaurant in Edinburgh. The manager showed us to our table asking very naturally if we were here for a special occasion or a celebration. That seemed nice and genuine.   Until we overheard him using exactly the same script throughout the evening – and when we visited another branch of that chain in another town two weeks later, we were greeted with exactly the same “greeting”.  This apparent interest was nothing more than a script leaving us feeling part of a process, not part of a genuine service.

Chain restaurants are also hot on efficiency.  The quicker that tables are cleared, the better. The problem is that the process has seemingly gone mad. Next time you’re in a chain restaurant, take a look at how they clean the tables around you. They come with their cloth and antiseptic liquids and wipe the tables but, and here’s the ironic thing, clear all the rubbish not into a cloth, bag or dustpan but on to the floor and sometimes even the chairs – probably saves 30 seconds.  If you are so inclined, it’s fascinating to look under your table – a nice mush of trodden-in congealed chips, salad, dessert – it’s all there! But is this really what you want to see when you sit down in a restaurant?

Now let’s move on to retail service encounters. We know that retailers want to promote their loyalty cards and retail staff are duly incentivised. But a 60 second sales push after every transaction can be somewhat trying. And they are going to get through their script regardless of whether you say ‘no thank you’ politely. Again, the process takes over without any real thought as to customer reaction.

Increasingly service transactions are undertaken on-line. Once we’ve purchased a service we want to know everything is going as planned.  But this doesn’t mean we want to be pursued non stop through our inbox. My colleague Victoria Tomlinson recently blogged about a flower sending service  The service was great but the nonstop, over-the-top and gushing emails informing her of every stage in the process, right down to “your flowers are being chauffeured in style” just became plain annoying.

So we could say that, as consumers, we’re becoming victims of the ever more robotic service encounter. However, it’s not only the service provider that has become the robot. We, the customers, seem to be following suit.

Just look at how easily led we have become. A new tactic is to inform customers at the check-out that they can’t be issued with a transaction receipt because company policy is to save paper. But they then say they will be very happy to email it – if you could just give them your email address. And I never cease to be amazed (or perhaps impressed) by how many people just hand over this vital piece of information which will result in a nonstop flow of emails from (a) the service provider and (b) all the other companies to whom the provider sells the information!

Perhaps as a marketer I should be happy with all this. End-to-end processes just lead to a quieter life with even more data and information. 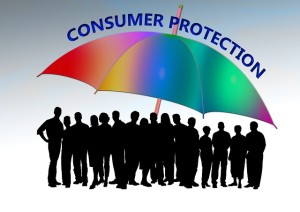 Back to the basics

It’s time for service providers to take a step back, really listen to their customers and actually  observe service transactions.  But taking a step back mustn’t mean going through yet another over-complex research process – because the stats will prove anything.

A great start is for the CEO to become a customer for a few days. Then he/she and everyone else may start to appreciate that genuine, helpful service (off or on-line) is what customers really want.

Market Echoes can help you take a common sense approach to your customer process, or as we call it, journey. Please get in touch.