#HurricaneSandy – what should the priorities be? 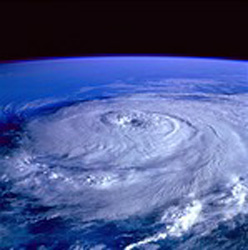 This blog first appeared on the Bradford University School of Management blog.

As the hurricane starts to batter the East Coast of America, I was this evening asked by BBC Radio Leeds to talk about the impact of shutting down a city like New York.

1. People will be most affected

The immediate impact has to be on the poor people living there – already 375,000 people have been moved from low lying areas alone and millions will be affected in the wider areas.

Transport has been closed down.  The Stock Exchange will close.  Taxis will be hit – and of course the insurance industry, though 2012 has not been a disastrous year so far.

Nicolas Niarchos of the Independent has a headline ‘panic buying, happy retailers’.   No-one feels comfortable making money out of others’ misfortunes but the reality is that every crisis has a business opportunity.

In New York, there are quirks to the panic buying – you can buy torches but no batteries, though apparently batteries are being sold on roadsides for a 10x mark up.

As a business innovation analyst said, there will be a positive economic impact on some sectors – food shops, restaurants and hotels for people who have decided to stay in New York so they can get to work,  ‘The city that works’.

3. Which sectors will be hit by Hurricane Sandy?

The biggest hit on the economy is likely to be in construction – it is estimated that stoppages will cost $100m per day.  With America still in recession and construction having suffered, as in Europe, this is a further blow for this damaged sector.

Casinos in nearby Atlantic City are shutting down – in 2010, the city was already reporting that its casinos had been struggling for three years and this is another industry still seriously affected by the recession.

And with 7,000 flights cancelled commerce and tourism will be affected.

4. Opportunities for the future

This summer, Government departments advised people to work from home to avoid the Olympic crowds.  Despite Boris Johnson saying ‘people would sit at home and gorge on cheese from the fridge’, many realised how much more efficient they were when working from home without interruptions.

Companies have solid business interruption schemes in place – businesses won’t grind to a halt, even if the transport system has.  People will learn to work from home or out of town offices or even in their clients’ offices. Leisure time without mobile phones and ipads could mean that people will start talking to each other. Out of natural adversity comes community.

This is a tricky one for Obama.  A week from one of the tightest elections anyone can remember, he will be judged by how he handles the hurricane.  He came over well by saying he had to focus on looking after people and the cities now and he could get back to the election next week.

There may be a temptation to throw money at helping people and businesses in the crisis – but will that make him look good or be seen as an election ploy?

If you can’t see this video please following this link

Is it overreacting to evacuate? We have to remember what happened with New Orleans and we cannot let that happen again.

As soon as the weather is given an all clear, the priority will be to get logistics and deliveries moving again – business management will also play a key part.  Leadership will of course be critical in fast return to business as normal.

How a city deals with a crisis pre and post the event is a telling sign of how well a country functions generally. America has been badly hit by the recession and many have felt it has been lethargic in turning itself around – as so hotly debated by Obama and Romney.  Hopefully everyone will pull together and show their real abilities in coming weeks.

What is likely to be the biggest hit for New York?  Will it be shutting the stock exchange?  Seems unlikely?  It needs to get moving quickly to sort month end transactions but it has always closed when the rest of the world is working, at Thanksgiving, so it’s not unusual.

Will it hit construction the most – or general city life?  Or make little long term impact?