It’s the economy, stupid. Or is it? 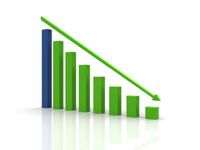 This blog first appeared on the Bradford University School of Management blog.

Well, the government has spoken.  Austerity is upon us!  The public sector must cut and save – there’s little disagreement. My problem is the balance between the economics and ideology of policy making. Let’s look at some examples.

Firstly, the RDAs.  Controversial since their foundation, they were perceived as bloated quangos – perhaps an easy target for government cuts.  Yet the reality here in Yorkshire was somewhat different.  Yorkshire Forward was generally seen as a force for good. 1:30 jobs have been created by its initiatives which include The Rotherham Science Park, a development with an admirable ROI and the Welcome to Yorkshire tourism brand could never have been developed without the coordination and drive of the RDA.

And importantly, here was an organization that flew the flag for Brand Yorkshire.  I recently visited a number of business schools in the US – Yorkshire might as well have been the moon for all most of my contacts were aware of it but at least I was able to talk about initiatives being developed by the RDA and about an organization called Yorkshire Forward.

Are LEPs (Local Enterprise Partnerships) really going to replace the RDAs? Politically it makes a very good sound bite to wind down an RDA and return decision making to the localities.  But we know that the money available is (obviously) going to be reduced.  And then how is it going to be divvied up?  Local funding means local politics.  Decision makers won’t just be business – where’s the time or infrastructure? Enter councils and councillors.  So will cash be bid for solely on the basis of economic growth or will the next election horizon have a bearing? And will brand Yorkshire be subsumed by brand Yorkshire parochialism?

And then there’s the NHS.  No great earth-shattering decisions were going to be made and a more conservative approach adopted rather than top-down massive change programme.  And yet, that is exactly what we have got.  Out with the Strategic Health Authorities and PCTs and in with? Well I am not really sure, but I think it’s GPs.  Again it makes political sense.  Return decision making to the local providers and cut out the quangos and the middle men.  But what’s really going to happen?  GPs have done very well over the last ten years but are they really going to want to turn themselves into highly competitive businesses run by clinical business managers?  Because it’s not simply going to be about being a GP and commissioning services, it’s going to be about being a GP and commissioning services better than other GPs.

4. Should schools go for academy status?

School education is also being hit. I am a governor of a very large comprehensive school.  At our last meeting we saw the information circulated to schools about potential movement to academy status.  And here we go again! Move funding from central councils to local schools and, by the way, can you do it in 12 weeks? I read this three times during the meeting before timidly asking the question ‘is this what I think it is, do they really want us to start and change into an academy school in the next 12 weeks or so?’ – yes.  Fortunately my own school has decided to take a considered approach and weigh up all the options, but I fear that other schools won’t take such a sensible approach.

The government has to make difficult decisions.  But what about their implementation? Here at the School of Management we teach our students/delegates that a common cause of strategic failure is poor implementation.  Whether it is replacing the RDAs, the PCT or current school models, there needs to be some reflection, some reasonable timescale and a real chance of success.

Economy or ideology?  What do you think?